In the next months, the European Union institutions will present several significant instruments which will focus on the protection of children’s rights and well-being.

These frameworks have the potential to change how children’s rights are realised within and outside the European Union and, consequently, have a significant impact on the lived experiences of all children and on our work.

As the pandemic continues to have a devastating impact on children’s lives, these instruments represent a key political momentum for civil society organisations to enhance the protection of children and their human rights. 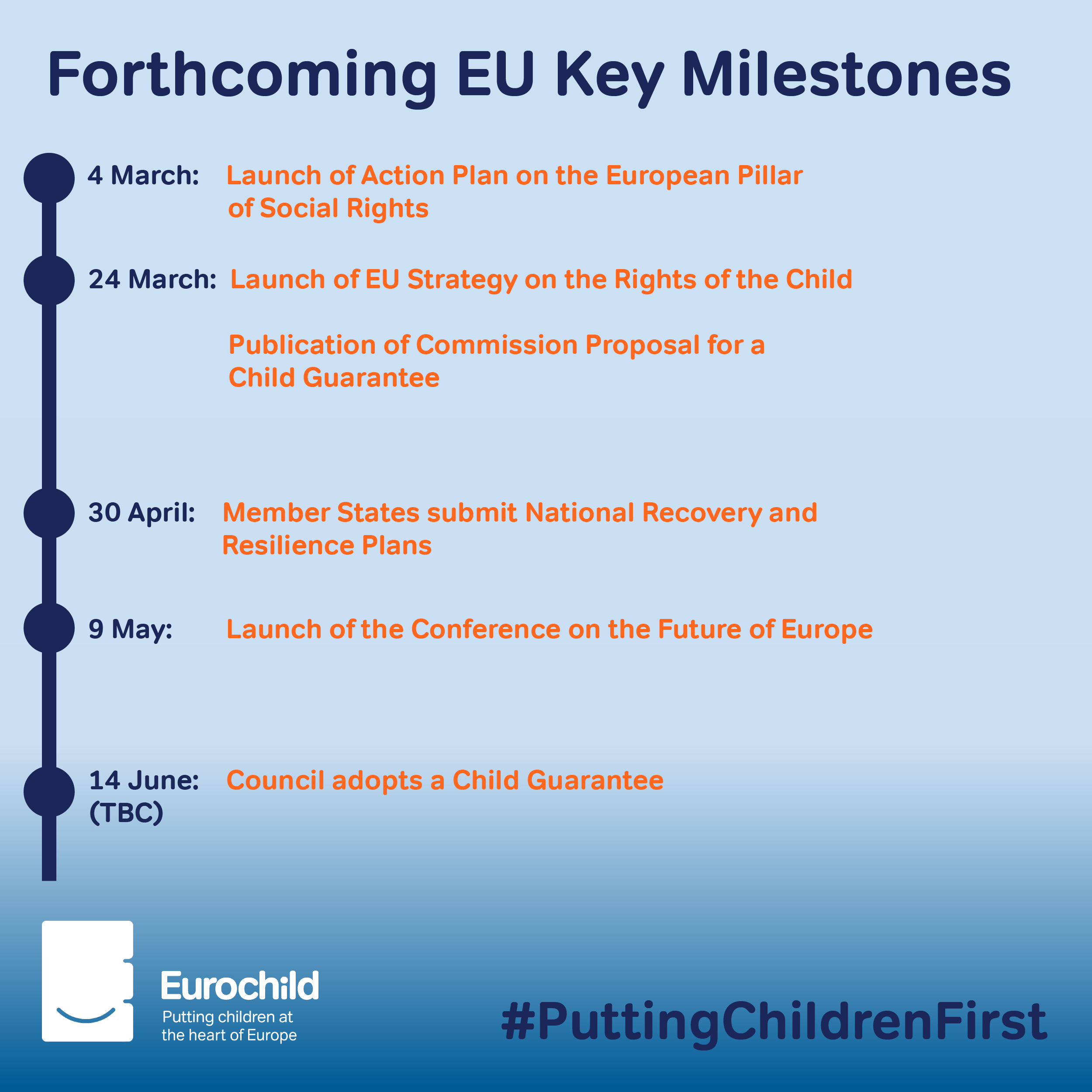 The Action Plan on the European Pillar of Social Rights is a document aiming to implement the 20 Principles of the Social Pillar. It will detail the actions the EU will take in the next years and includes several recommendations for Member States to ensure a more social Europe. The Action Plan will be a broad document covering multiple areas, such as employment, skills, social services, inclusion, etc.

The EU Strategy on the Rights of the Child is a document outlining the goals and commitments of the European Union, as represented by the European Commission, on the rights of the child. It will set the EU priorities in several areas pertaining to children’s rights and how they will be part of various EU policies – such as employment and social policy, but also justice, education, health, external action, and others. The document is not binding, but carries political weight – mostly for the EU institutions, and includes some recommendations to EU Member States as well.

The Child Guarantee is a targeted EU initiative aimed specifically at tackling child poverty by ensuring that every child in Europe has access to six essential services; housing, nutrition, healthcare, education and childcare, culture and leisure activities. The initiative will particularly focus on vulnerable children and those experiencing poverty. Published in the form of a Council Recommendation, it will not be legally binding for the EU Member States, but will certify a strong political commitment to combating child poverty, and trigger national action on this issue.

The National Recovery and Resilience Plans (NRRPs) are a new instrument that the EU Member States are developing in the framework of the European Semester process to react to the COVID-19 crisis. As explained in our policy briefing, the Plans outline the initiatives in which each government plans to invest to recover from the economic and social impact of the COVID-19 pandemic.

The Conference on the Future of Europe is an EU initiative that aims to get citizens involved in a wide-ranging debate on Europe’s future in the coming decade and beyond, including in the light of the COVID-19 pandemic. Planned to be launched on the 9th of May 2021, and to run for one year, it is expected to create a space for discussion, debate, and formulation of ideas of what the future of the EU should look like – this debate will happen both on EU and national level.